Artistry Harvests Young Designer Award For Kristian Reay At RHS Tatton Park - learn about this years competition - and it's winner!

Kristian Reay, 27, from Bath, managed something of a hat-trick at RHS Tatton Park last week with his The Phytosanctuary Garden. He not only scooped a Gold medal in the Young Designer category and is now, no less, the proud holder of the coveted title of Young Designer 2019, but also spread an important message about a horticultural threat. 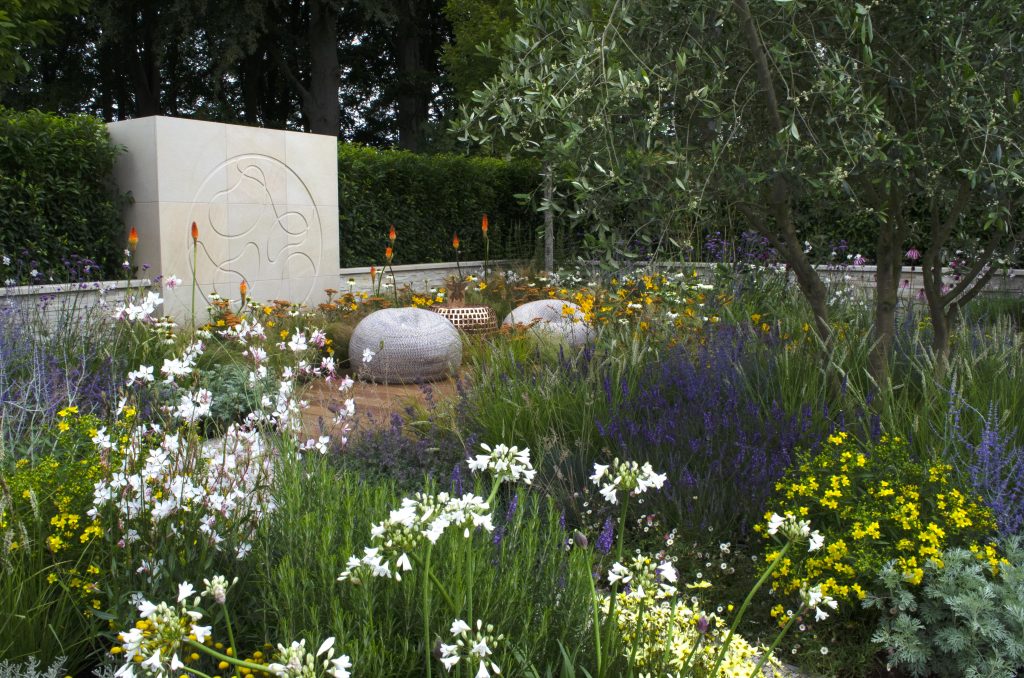 “The garden is about Xylella, which has taken a foothold in southern Italy,” he explains. He illustrated his point with sinuous lines, a restrained colour palette and a lovely mix of materials providing different textures and tones, which included our Harvest Sawn Sandstone and Mint Sandstone Cladding.

“Because of Xylella, I wanted the garden to have a Mediterranean character. The Harvest Sawn Sandstone has a soft and warm feel that’s evocative of the Mediterranean. And,” he adds, “it’s just a beautiful stone.”

Xylella fastidiosa is a bacterium that’s reached mainland Europe from the Americas and is capable of killing a wide range of plants, including rosemary and oleander. In Italy it’s infected millions of olive trees since 2013 and has been identified in France, Spain, the Balearics and Portugal. 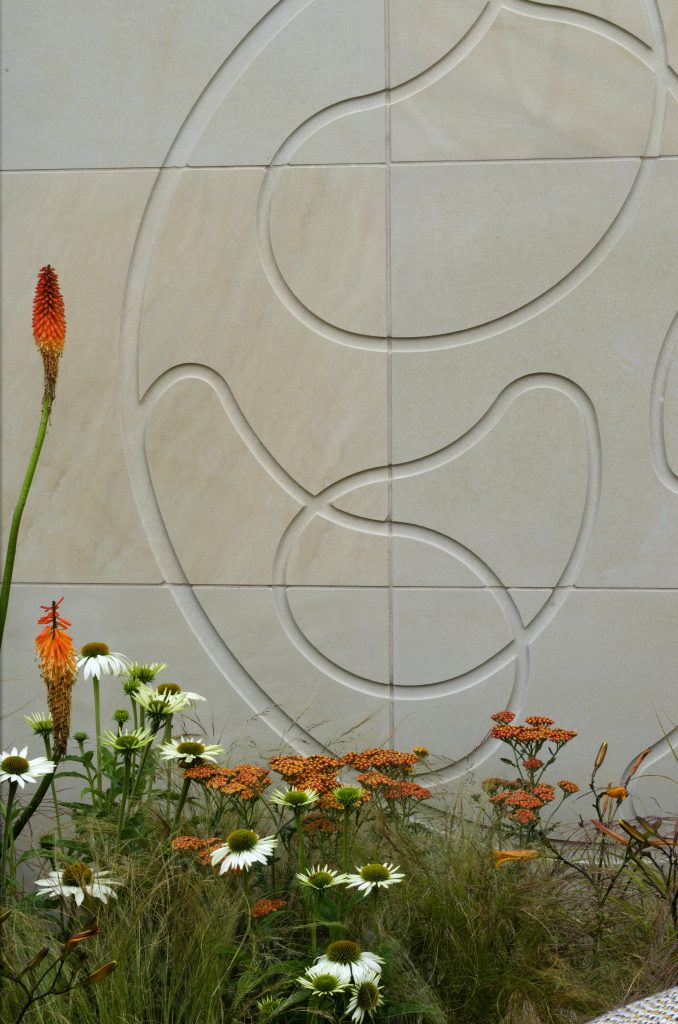 A stand-out feature of the garden was the sculptured Harvest Sawn Sandstone feature wall, which represented the cell make-up of Xylella

Apart from focussing the planting on at-risk plants such as lavender and Portugal laurel, Kristian gave the bacterium itself a starring role. On a monolithic wall clad with Harvest Sawn Sandstone, artwork designed by him, and carved into the surface, illustrated Xylella and the way it multiplies and restricts water flow within plants.

Curves in the warm-coloured wooden decking and the paths winding between the beds echoed his sinuous design, while imaginative textural differences added interest. Kristian used smooth copper for a coffee table and seating, the warm colour picked up in Kniphofias, which in turn were set off against the warm-toned sandstone. “The leaves on the olive are sort of blue, and there were the lavender flowers - it was a nice contrast,” he adds. 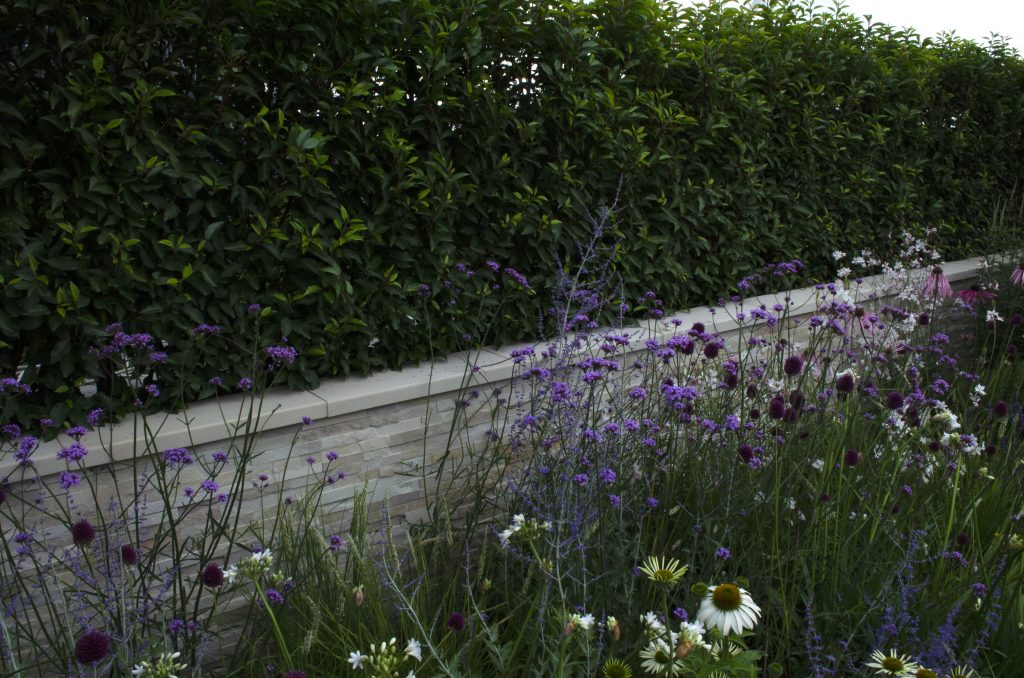 Kristian also chose Mint Sandstone Cladding for the boundary walls. “I had the feature artwork with sawn stone. For the low wall I wanted something less ‘made’,” he explains. “The cladding looks a little more rugged and evokes Mediterranean dry-stone walls without all the labour. It’s easy to install.” Topping the clad walls, Harvest Sawn Sandstone copings tied the wall in with the art feature and added a contrasting finish.

In an interview on the BBC TV’s Gardeners’ World, in the run-up to the show, Kristian offered an interesting perspective on his experience of this, his first show garden. “So far the build has gone pretty much to plan which is actually a bit disconcerting. Things seem to just arrive on site and slot into position.” 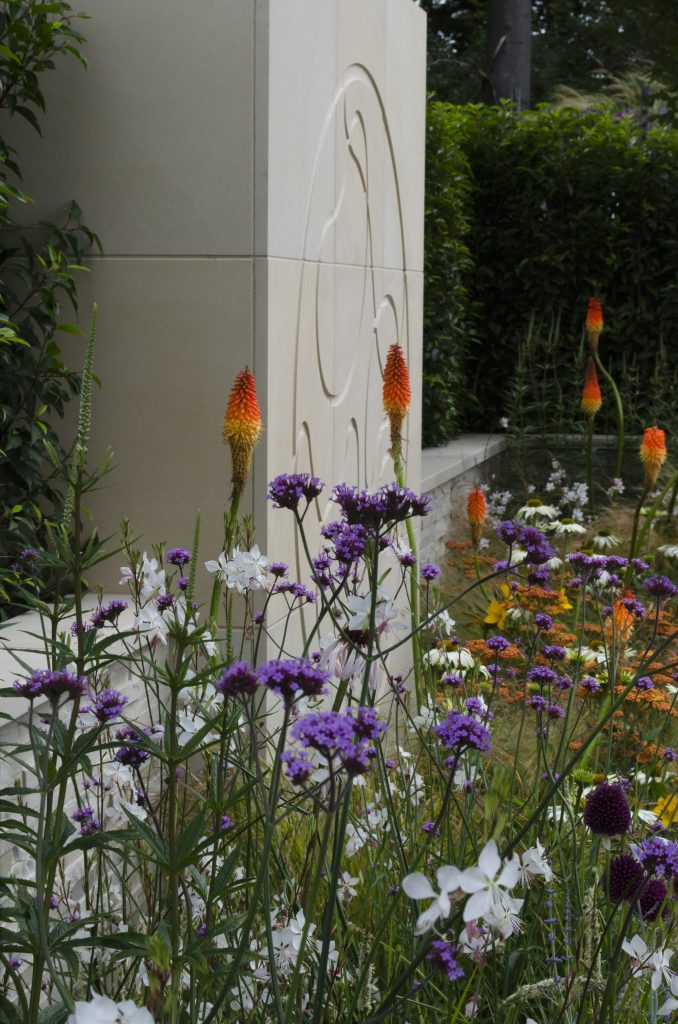 Well, at London Stone we know how stressful it can be for designers and landscapers during a show build and make every effort to make sure nothing goes wrong! This is the first time Kristian has worked with us and we’re delighted he had such a good experience. “I’d seen some of their pieces in other show gardens, and other people in the industry said they were the people to go and see,” says Kristian. “I’d love to work with them again.”

The feeling’s certainly mutual, Kristian! Many congratulations on a great result!

For more information on Xylella and what to look out for, see the RHS website. The role that the horticultural community can play in responding to the threat can be found in the Brigit Programme and the Plant Health Agency’s Don’t Risk It campaign.