This entry was posted in Ethics in Stone and tagged Child Free Labour Zones, NoChildLeftBehind on 3rd May 2017 by London Stone Blog.

Anyone who has travelled to India for work or pleasure will be aware of the complex set of challenges the country faces as it strives to drag itself into the modern world, India is developing at breakneck speed.  Unsurprisingly though in the country that boasts the world’s largest population, it’s not all progress and some people are getting left behind. 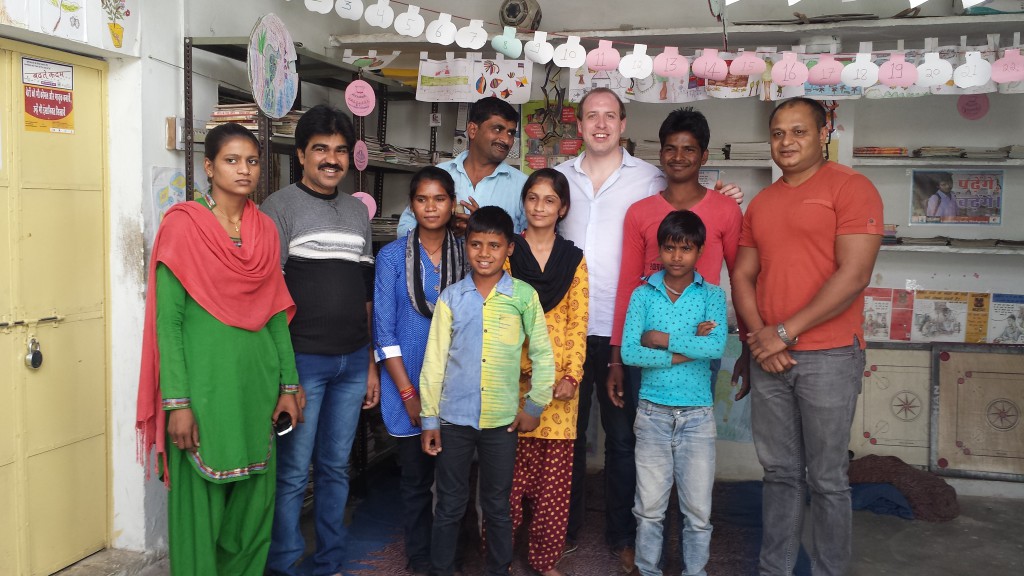 Some of the workers in stone supply chains are testament to this, especially in remote quarry areas and villages like Budhpura.  The communities in these areas face many challenges and in a country the size of India they are often overlooked and forgotten by the government left to their own devices.  Many, of what we consider to be, fundamental rights are not available to these people, or if they are available they are difficult to obtain.  Healthcare, education and employment opportunities are limited and basic community institutions are often lacking.

The cornerstone of any society are its children and young people, they represent the future.  In villages like Budhpura the future was looking very bleak as, from a young age, many children were out of school and working in the production of Sandstone Setts.  This was the norm.  The parents didn’t have too much choice, the education system in Budhpura was so poor that parents couldn’t see the point in sending their children to school.  At least if they were working they could provide a much-needed supplement to the household income.  The result was that generations of children were growing up with no future or no prospects other than to work in the production of Sandstone Setts and, with the government slow or unable to intervene whole communities we’re sleepwalking towards a bleak and uncertain future. 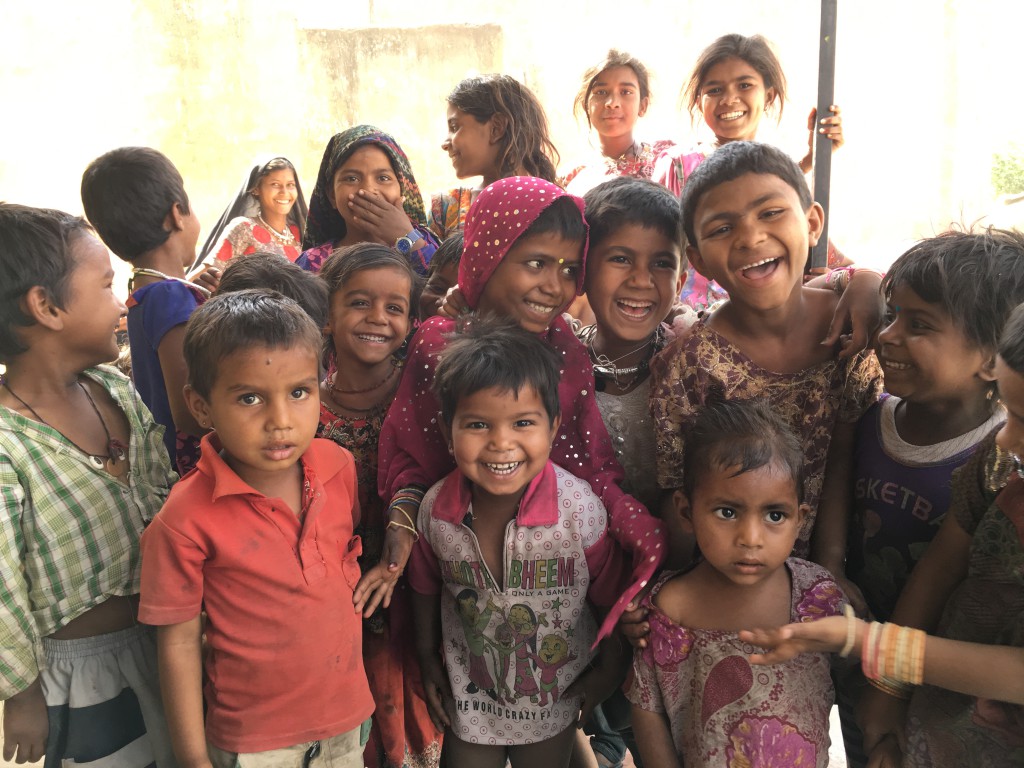 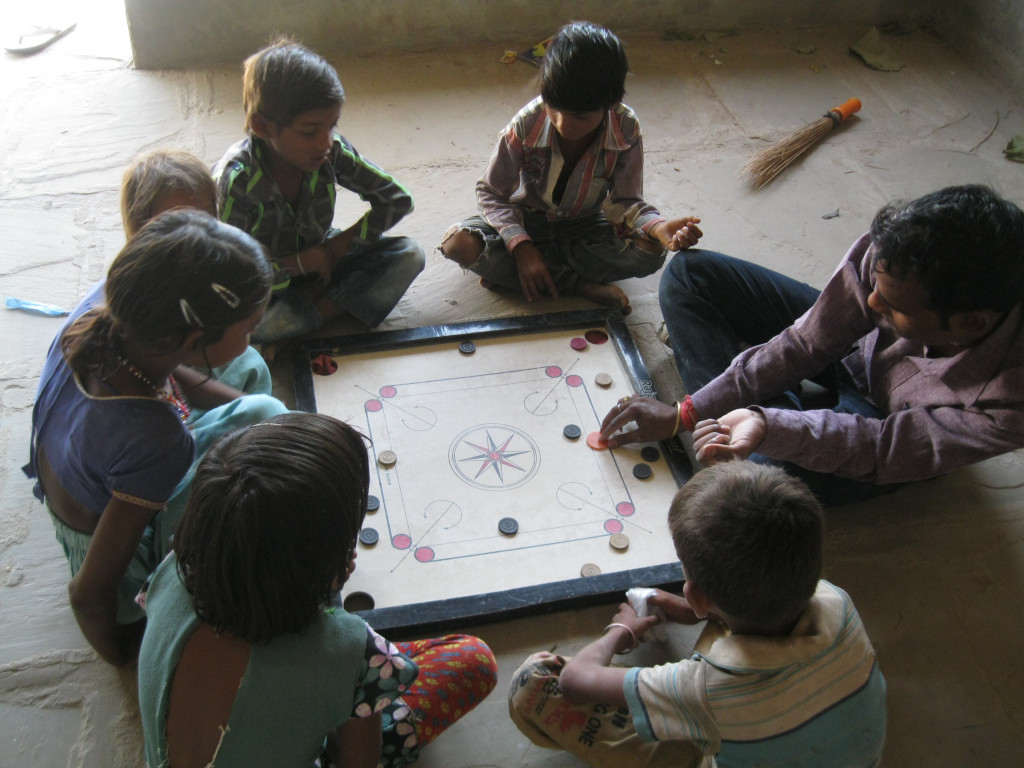 Its not all about education. Children should enjoy their childhood

The situation In Budhpura changed forever though when Manjari (a local NGO) and ICN (Dutch NGO) initiated a pilot project.  The aim of the project was to work towards creating Child Labour Free Zones in Budhpura and the surrounding villages and hamlets.  3 years later (and with support from ARAVALI, Belgium based stone importer, Stoneasy and London based stone supplier, London Stone) the project is flourishing, the positive impact on the community has been significant and the project has moved far beyond just creating Child Labour Free Zones.  The project has got “legs” and has Budhpura now boasts robust community institutions that are starting to “run” on their own.  The project has achieved so much in the last 2 years, here are some of the major accomplishments:

-              Baseline study conducted that covered nearly 1700 households!  This was vital in order to properly assess the scope of the project and measure the impact.

-              Organising health camps to identify cases of Silicosis and Tuberculosis

-              Providing alternative livelihood to older children and their families

-              The establishment of a family entitlement facilitation centre

There have been many people working to support this change in Budhpura.  We spoke to a few of them to get their thoughts on how CLFZ was having a positive impact on the local community:

Dieuwertje Heyl (ICN):  "It is amazing to see how Manjari, with the majority of its staff coming from Budhpura, has grown into a professional organisation with a clear strategy towards creating Child Labour Free Zones. Through continuous data collection, evaluation and organisational learning Manjari kept on improving its strategies to address underlying causes of child labour and get children out of work and into schools in Budhpura. This is reflected by the great results Manjari achieved over the past two years."

Bram Callewier (Stoneasy):  "With the project now in its third year, it is clear how much can be achieved with an inclusive community approach and the support of all stakeholders. I feel proud to have been able to support this but the real merit must go to Manjari's team who's relentlessly and wholeheartedly advocating change in a place many had already forsaken. They are my heroes." 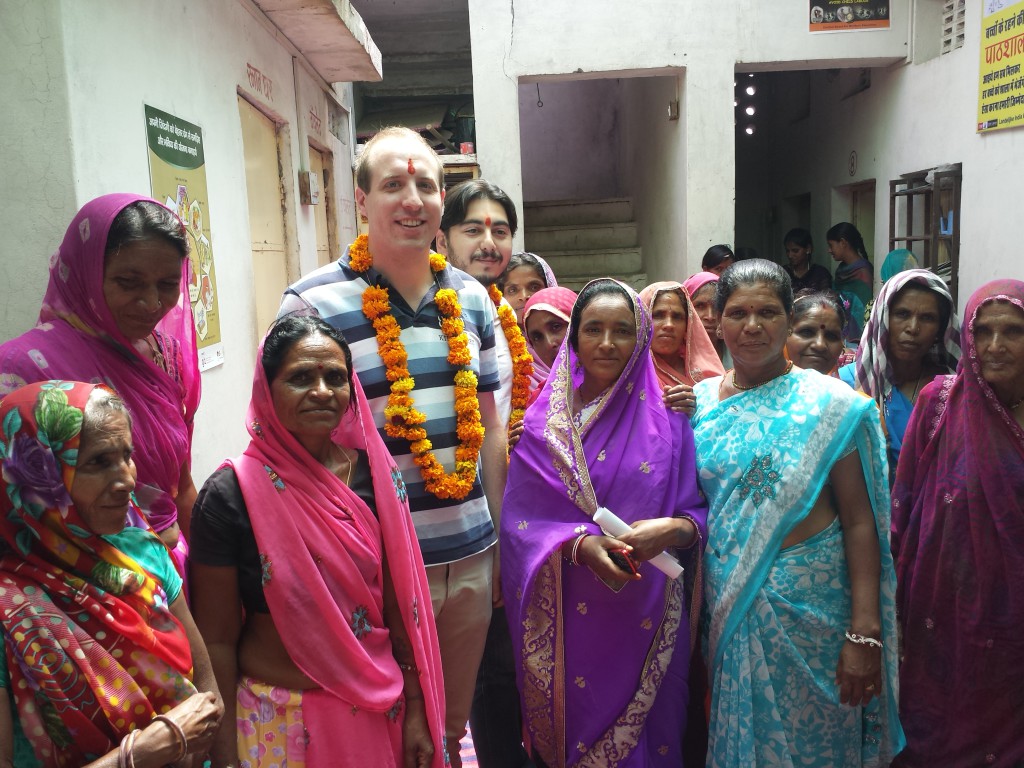 Bram getting involved at Manjari HQ

Steve Walley (London Stone):  “With hard work and commitment, Manjari have shown the community in Budhpura that it’s possible to control their own destiny.  And now, having been shown the way, the community are seizing the initiative.  This is what excites me the most.  You could throw all the money in the world at a project but if the community don’t buy in, the project will not succeed.  In Budhpura the community have bought in, that’s clearly evident in the progress I see every time I visit, and this project is heading towards achieving the ultimate accolade…sustainability!”

What about the real people at the heart of this project though.  We are going to hear about a lady who, with the support of Manjari has transformed her life.  Shamim Bano is a 32-year lady who was married at the age of 15. After her marriage, she came to Budhpura and started living with her husband and mother-in-law. They were so afraid and they did not trust her so they never let her come out of the house. Her mother-in-law used to accompany her even if she wanted to go to the hairdresser or just meet up with friends. Slowly time passed and she became mother of three children.

Earlier in March this year Manjari introduced tailoring courses at the family entitlement centre in Budhpura. The purpose of these courses is to help develop skills and additional sources of income for women. In total there are 27 girls above the age of 17 enrolled and 16 of them have started doing work at their houses. They are earning between INR 4000 and 8000 per month.

Manjari is planning to expand the tailoring courses to include more women. A professional tailoring teacher will be hired to help design the clothing and maintain the quality so that the material can be sold. 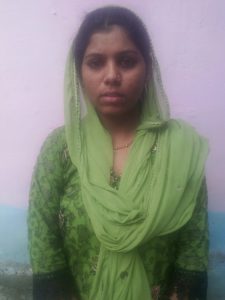 With support from Manjari, Shamim Bano's life has been transformed.

Of all the groups and organisations who have supported this project, it is Manjari who have played the most important role.  Through the work and commitment of Manjari, the CLFZ project has achieved so much more than just creating child labour free zones.  The Manjari head office is located in the very heart of Budhpura, it’s a place that has literally become the heartbeat of the community here, a focal point and most importantly a safe place where people can come to improve themselves and their circumstances.  The availability of this safe space has allowed other organisations and groups to flourish and so CLFZ is not only getting kids back into school, it's giving young adults the opportunity to learn practical skills, its allowing women to grow in confidence and play a more meaningful role in society and it provides people with access to benefits and healthcare.  Above all else though, CLFZ has given a community that was going nowhere a sense of direction and purpose.  The fact that the CLFZ project has mobilised the people in Budhpura is something that everyone involved should be the proudest off and this project is now becoming self-sustainable!