How do you represent a lifeline? This was one of the questions facing designers Duncan Cargill and Colm Joseph, who collaborated on the Perennial Lifeline Garden in what was the first RHS Chelsea appearance for them both. 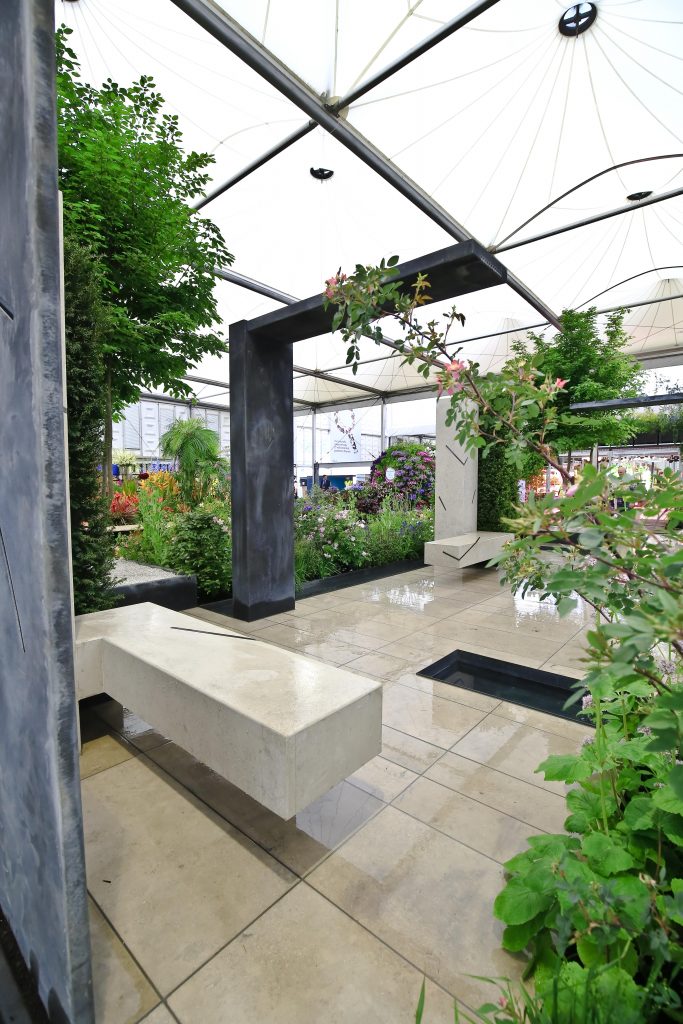 Their design was chosen after a competition, run jointly by Perennial and the London College of Garden Design, found it captured the spirit of Roy Strong’s Laskett Gardens, bequeathed to Perennial in 2015, while celebrating Perennial’s position at the heart of the horticultural world.

Featuring a classical rose garden brought up to date for a more sustainable existence as a rose meadow, their design wove the roses with ornamental grasses, perennials and annuals to ensure plenty of interest through the season.

“The garden reinterprets classical principles and elements with an eye on the future,” says Duncan. “Just as Perennial has adapted over the last 180 years to help countless people in the horticulture industry manage challenging times.” 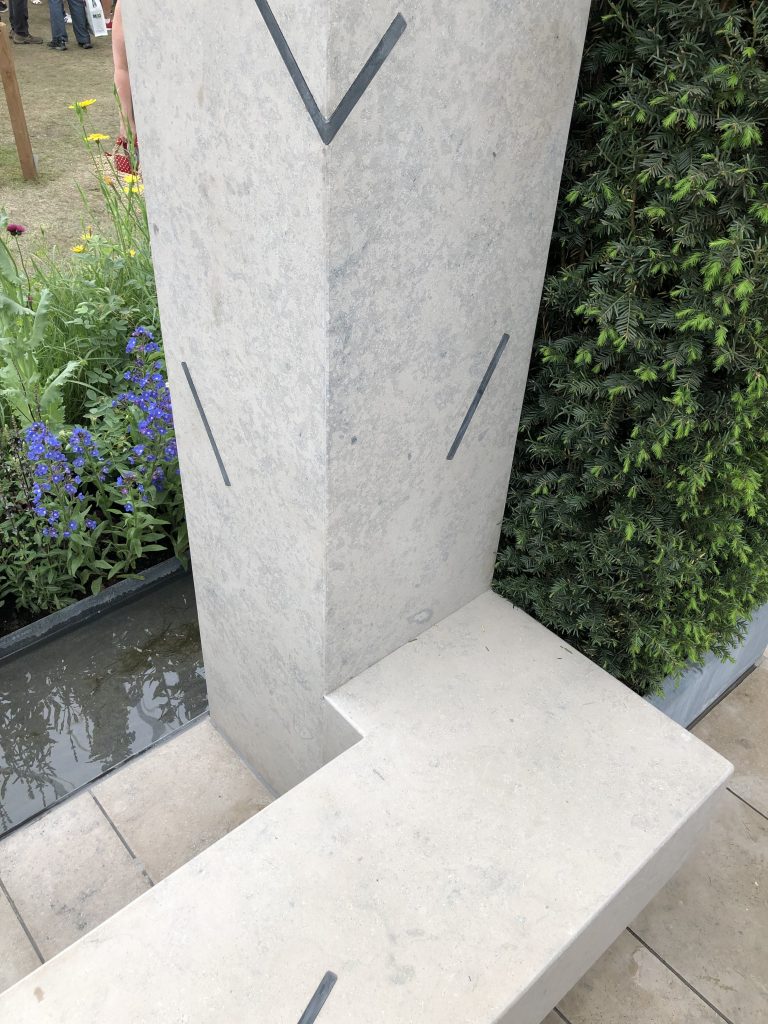 Balancing the informality of the planting were hedges of varying heights, and metal screens, topiary and stone columns to conjure the impression of a classical colonnade. The stone columns, along with the paving and cantilevered stone benches, were, of course, where we came in.

“We were looking for a pale, natural stone that suited a classical style but had a contemporary look,” says Colm.

“The Jura Grey looks beautiful,” says Duncan. “We went for a stone that’s available to the general public and created something different. We took a standard size of stone and broke it down into smaller sizes, so from the 900 x 600mm we also had 900 x 400mm and 900 x 200mm.” 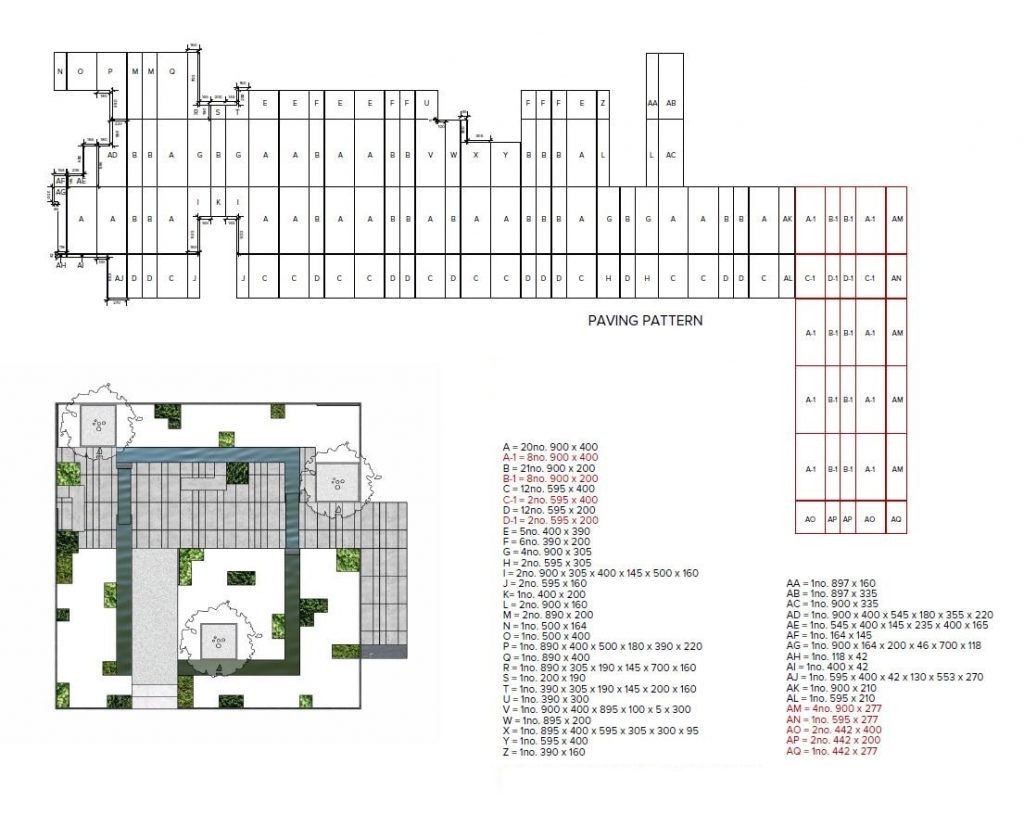 The paving was thoughtfully laid. The paving pattern made clear a single unbroken line that ran all the way down the garden, taking the visitor deeper. The choice of paving shapes and proportions were reminiscent of Piet Mondrian’s grid-based paintings. “It fits with a modernist take on classical design,” says Duncan. It also required absolute precision in laying to maintain the effect, something carried out by Conquest Creative Spaces, using Ardex Slate Grey grout to match the Jura Limestone and make the rectilinearity a subtle layer in the design.

Of course, there are always a few extras, and this was actually highly bespoke paving with a total of 47 different sizes cut at our Bespoke Stone Centre. 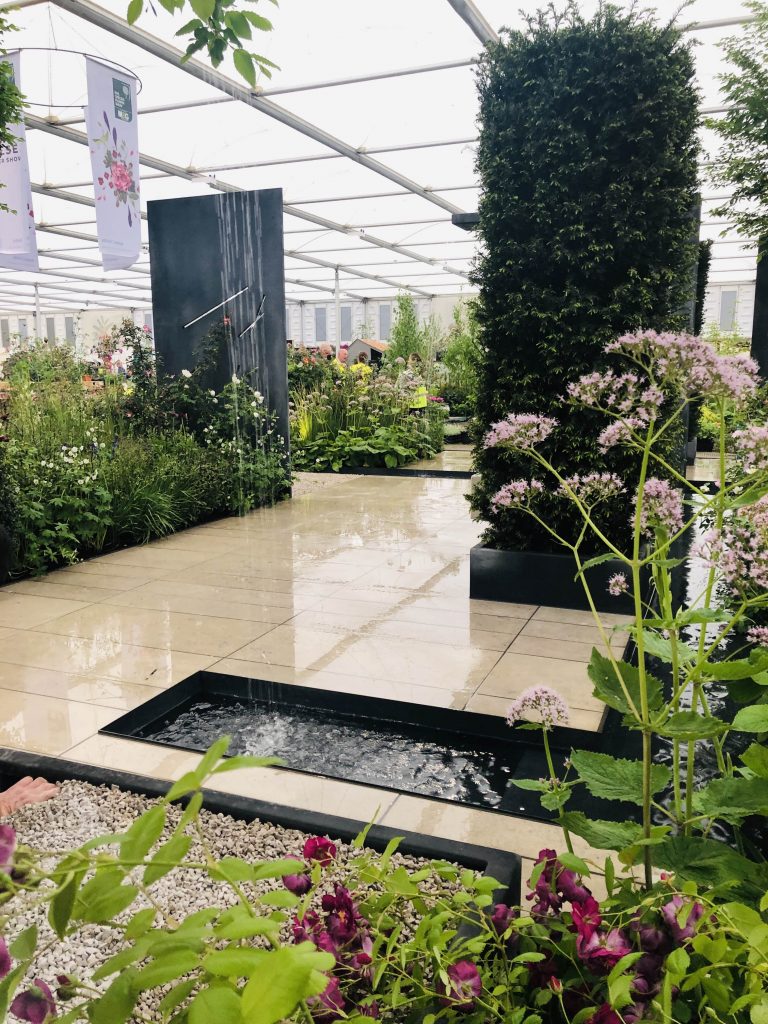 For the benches and columns, the initial plan was to create them using 900 x 600mm pavers. “But we wanted to avoid joins,” explains Design Project Manager Piotr Przytula, “so that when put together they’d look like one solid piece of stone. So we had a discussion with Gavin [one of London Stone’s founding directors] and ordered a big scant which we cut into pieces.”

Also required was the cutting of the rebate in the benches for the steel inlays that echo the geometrical slits in the steel screens. “The first couple of pieces were tricky to set up on the machine,” explains Piotr. “This was because the grooves needed to be a little bigger and deep enough to allow for the inlays.”

The steel inlays were inserted at our workshop and it was slightly unnerving as normally we’d wait for them to arrive so that we could make our own measurements before cutting the stone. However, a delay meant that we relied on the measurements from the designers. We needn’t have worried, though; they were perfect. 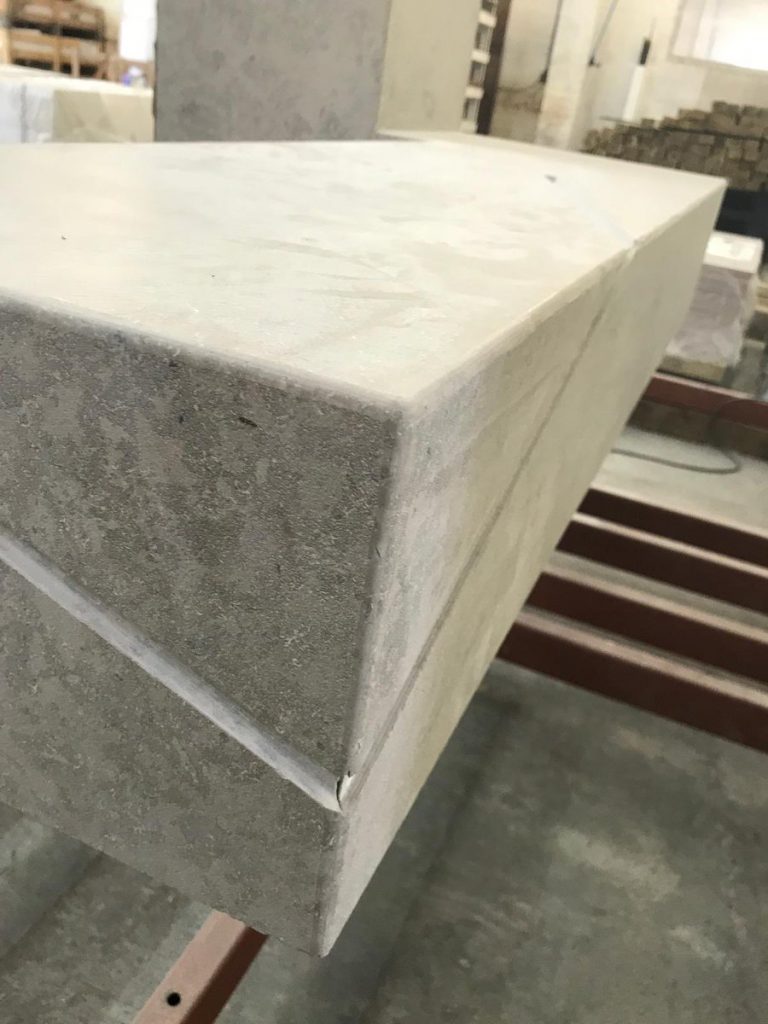 The seating was created at London Stone Bespoke Stone Centre

In case you’re wondering how it all holds together, we can reveal that beneath the serene, smooth surface are steel structures put together by Conquest, to which are fixed 13mm Marmox boards. To these the limestone (the largest slab being 2.4m high) was fixed with silicone adhesive, while the mitred joints on the corners were filled with epoxy glue and then given a pencil-round profile. This was carried out at our Bespoke Stone Centre and creating something in this format on such a scale was a first for us. As you can imagine, the structures were extremely large and heavy, so an important part of the job was working out how to transport them to Chelsea without damage. They all arrived on time and intact. It pays to have an experienced team, and that’s just what we have.

The result, we think you’ll agree, is an inviting geometry that acts as a steady structure against which the shapes of the planting stand out. The neutral colours - T-washed galvanised steel (“We wanted the metal to be lead,” says Duncan, “but the cost was breath-taking.”) and Jura Grey Limestone - gave the colours a starring role. 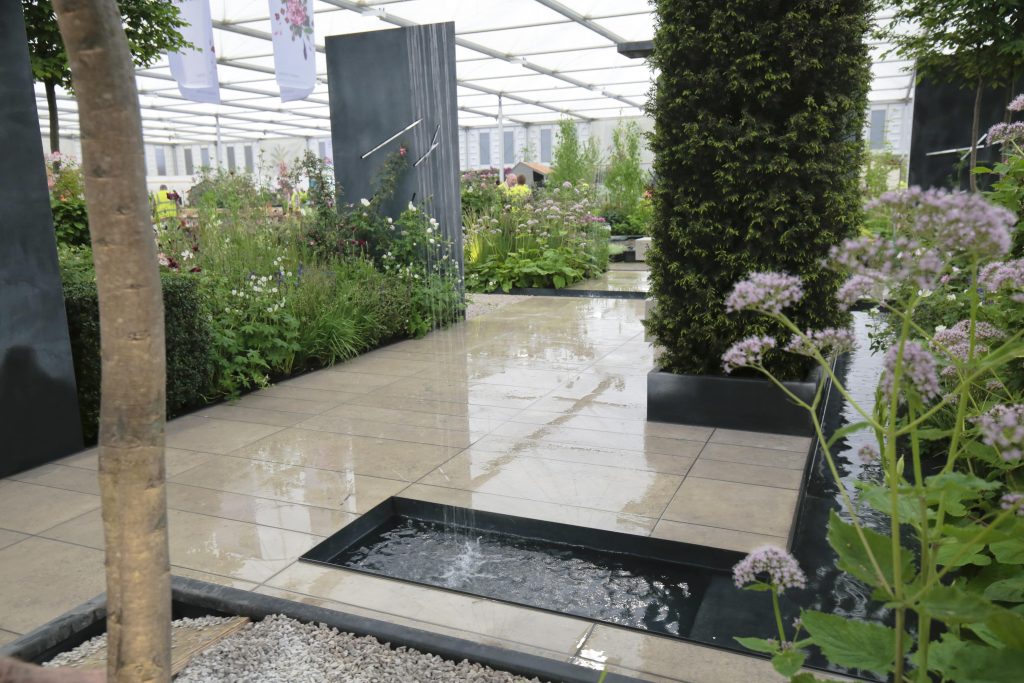 And in case you haven’t spotted it, the lifeline that Perennial offers to the people it supports was represented by a modern rill that flowed through the garden.

Perennial is one of our charity partners, so we were particularly pleased to see their garden receive Silver Gilt. “London Stone were really brilliant to work with; generous with their time and support and always available to discuss the project,” says Colm.

Thank you, Colm. We were delighted to be able to contribute and many congratulations to you both.